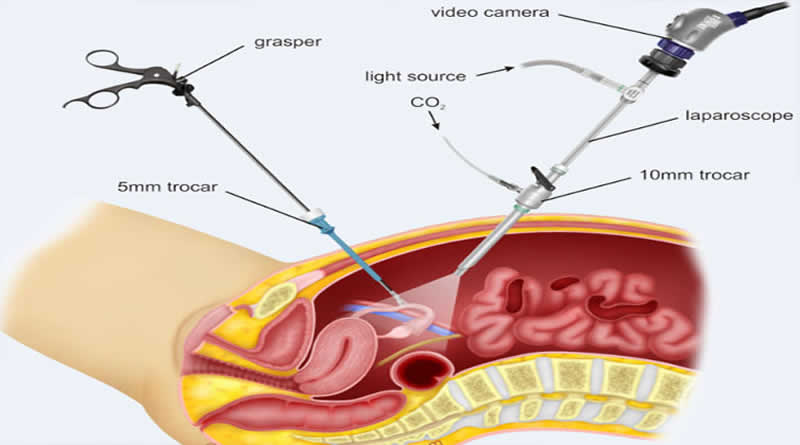 This method that we can call 'closed surgery' is also colloquially known as "Incision-Free or Seamless Operation."

Laparoscopic (closed) surgery used today in many fields of general surgery provides great conveniences to both patients and physicians.

What is Laparoscopic Surgery?

It is the way of performing the required surgery in such a way as to involve no incision and suture in the surgical site of the patient.

With this method, the surgery can be performed by accessing the site through different points of the body, without causing any tear.

Since it involves no incision, it enables the patient to recover more rapidly after surgery, in comparison with normal surgery. It causes less pain and ache than other procedures. In other words, it provides postoperative comfort in addition to the possibility of safe operation.

If this method is used in conjunction with Robotic Surgery, the risk of damaging other organs and tissues is much less reduced.

Since Laparoscopic Surgery involves no incision, it leaves no surgical scar. Thus, it aesthetically looks nicer and makes patients happier and more satisfied.

This procedure that was first performed on a dog in 1901 was then performed on a human during a cystoscopy in 1923.  In the years that followed this cystoscopy operation (we can colloquially describe as an operation intended for imaging the bladder by accessing it through the urethra), many progresses have been made in both the imaging techniques and the way of performing Laparoscopic Surgery.

After the 1980s, organ removal, appendectomy and cholecystotomy operations began to be performed with this procedure.

After the successes achieved with this procedure, with the advancements in medicine and technology, it has been widely used for many operations in the field of General Surgery, Urology, and Gynecology.

This procedure is today performed safely and smoothly in almost all General Surgery operations.

Prof. Dr. Serdar Kacar, who uses this method in surgeries he perform on his patients in Izmir, and who has successfully performed this procedure in Turkey for years, states that the success of this surgical procedure is related to the surgeon's education as well as his/her experience in this field.

Professor Dr. Serdar Kacar achieves high success in operations by using this procedure with Robotic Surgery, a method that makes the procedure safer but is not widely used in our country.