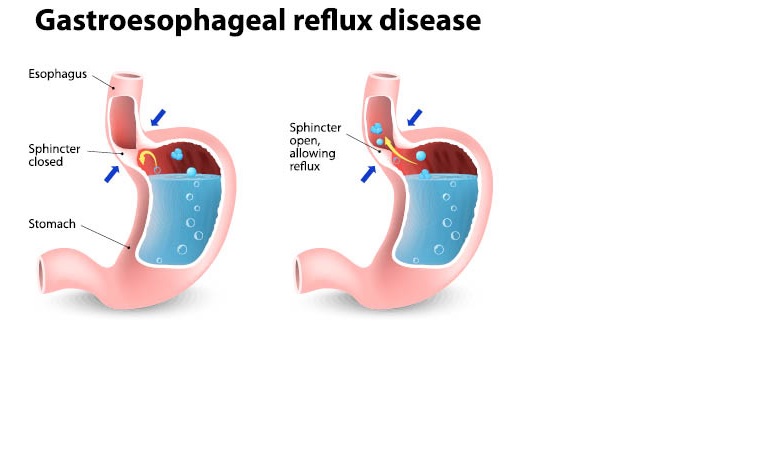 Reflux disease (abbreviated as GERD based on the Latin root meaning “flowing back”) is a highly diagnosable disease that can be treated exactly and permanently, and therefore a disease that should not be feared. In cases where the patient does not respond to the drug therapy and his/her symptoms continue despite it, Reflux surgery can be preferred. If you want to get information about Reflux surgery, we think you will get helpful information in the following parts of our writing.

Let's get to know reflux disease before reflux surgery

Reflux disease is the most common digestive system disease. 1 out of every 5 people seeks a solution by consulting a physician due the symptoms of reflux disease. Reflux is a condition that can be seen in all sex and age groups including infants. It occurs most commonly in the 30–40 age group. Obesity is the most important risk factor. Factors increasing intra-abdominal pressure such as pregnancy can also be considered as risk factors.

Reflux in newborn babies usually settles down with the development of the baby until age 2-3, and does not require treatment.

Pregnancy is also a process that triggers reflux due to both hormonal causes and increased intra-abdominal pressure, and most of reflux conditions caused by pregnancy completely settle down after child delivery.

Surgical treatment is the only treatment method that eliminates the mechanical origin of reflux disease. In real sense, permanent treatment results can only be achieved by surgical procedures. A surgery is intended for creating a new lid mechanism at the connection point of the esophagus with the stomach. Thus, stomach contents are prevented from leaking up into the esophagus. For this purpose, the large portion of the stomach is wrapped around the esophagus, and is secured to prevent its release. If the person has also stomach hernia, the hernia hole is repaired as well. The surgery is performed with laparoscopic method. All symptoms of the patient settle down immediately after surgery. The patient is discharged the next day. He/she can return to work after 3 to 4 days.

Do all reflux patients need to be operated?

The answer to this question is of course "no".

The primary treatment of reflux disease is to provide some precautions and a diet to the patient, and to help him/her by means of a drug treatment if these are inadequate. If the patient could not feel relieved completely despite complying with certain social life rules, eating a special diet, and taking increased doses of drugs, or who does not want to live by doing these for life, and if there is no obstacle for surgery that may exist due to various reasons, anti-reflux surgery should definitely be offered as an option. A laparoscopic anti-reflux intervention should actually be made by the patient and doctor together.

In which cases is reflux surgery recommended?

A young patient who says "I have no symptoms when I take my drugs; but when I discontinue the medication, acidic fluids come up immediately" is the person who will get the most benefit from anti-reflux surgery.

How should patient selection be?

Patients of all ages from 7 to 70.are actually candidates for surgical treatment, as long as they have symptoms scientifically proven to be caused by reflux and have a good general health status. On the other hand, we should of course keep away from surgery in case of a 70-year-old reflux patient with heart and lung problems, no matter how serious the situation is, and how long it has existed. Quite the contrary, a surgical decision should be made without delay, if the full benefit cannot be achieved with medications in a 30, 40 or even 50 years old long-term reflux patient. In other words, patients are more likely to be a candidate for surgery if they are young. It is because the risk for surgery is extremely low and the life expectancy is very long in young age groups. Therefore, it would be more favorable to administer a surgical treatment as the most radical solution, instead of causing patients to take drugs and apply various precautions that restrict their social life from early ages throughout their lifetimes.

An early and timely anti-reflux surgery can also considerably reduce the risk of Barrett's disease, stenosis, and even carcinoma at the lower end of the oesophagus that may be encountered in the future. The same benefits are also available for patients with laryngopharyngeal reflux, in whom many laryngeal diseases can be prevented in advance with an appropriate anti-reflux surgery.

If you want to make an appointment to get information about reflux surgery;